Teaching of a roentgenlogy and medical radiology as independent discipline in Vinnitsa Medical University has begun with 1955 managing course of radial diagnostics and radial therapy by doctor Novikov V.V., and in 1956 after protection of the master's thesis of Novikov V.V. has based faculty of a roentgenology and radiology. With 1957 on 1959 of a duty managing faculty executed assistant V.A.Shcherbina. With 1960 on 1984 faculty supervised an outstanding radiobiologist, professor B.Z.Sukhorukov. With 1984 till 1993 managing faculty - senior lecturers Kowalski А.В. In connection with formation faculty of a oncology and radial therapy, since 1993 senior lecturers  Kovalskij A.V. - managing of the course radial diagnostics and radial therapy.

Teaching has begun with 1991 on faculty to students of a new subject - radiative medicine.

On a course of an Radiology teaching is conducted:

Working curriculums of a course are made according to demands of the qualifying characteristic of the doctors.

In different years on faculty of radiology worked: candidates of medical sciences

Teachers of the course Vinnitsa medical university by name N.I.Pirogova

Educational base of faculty are unit the Vinnitsa regional hospital by name N.I.Pirogova,  regional oncologic dispensary and a regional specialized dispensary of radiative protection of the population.

The course has the necessary demonstration equipment, slides, tables, sets of roentgenograms, results nuclear researches on all themes of employment, educational short motion pictures both necessary modern dosimetric and radiometric devices. Educational rooms are equipped by viewers-stands with didactic materials and the necessary text information (represent monothematic rooms for independent preparation of students on all sections of  roentgenology). Besides methodical references " the Technique of a tomography of lungs in slanting projections ", Kiev, 1985 are published; " Radiative medicine ", Vinnitsa, 1991., 1999; the grant " Радіаційна medicine " for students of high schools of Ukraine, 1993 the Faculty took part in creation of the program on " Radiative medicine " (, 1991) for students of high schools of Ukraine.

Scientific direction of faculty - pressing questions the bioradiology and roentgenology. In total 18 those had executed research works, results are realized in 82 printed works, in 6 certificates on the inventions, three state " Instructions after diagnostics, medical sorting and treatment of victims with the combined radiative lesions " / М.1980, 1986,1988/and in the monograph: "The Combined radioactive lesions: a pathogenesis, clinic, treatment ", Moscow, 1993.

On a course of radial diagnostics and radial therapy functions the student's scientific circle, in which 11-15 students work. With 1985 is organized the independent section of a student's scientific organization "Radiology", which annually represents on final student's conference of 8-12 reports.

The big attention is given a professional training. Are executed 4 and are protected 2 doctor's (B.Z.Sukhorukov, B.A.Boljuh) and 14 master's theses. Assistants Kovalenko T.P., Jasko V.V.carry out master's theses. The clinical internship on a roentgenology and a medical radiology was finished by 19 doctors, is spent the preparation of doctors-interns, masters and post-graduate students.

The faculty performs great volume work on improvement of radiological service in Vinnitsa region. Departures carried out districts for the organization and carrying out of regional seminars and conferences, introduction of new research receptions, consultations of patients and an expert estimation of activity of services of districts. The essential help to practical public health services is given by Vinnitsa unit of association of radiologists of Ukraine (chairman - доц. Kovalskij A.V.), Which of Vinnitsa spends regional conferences of roentgenologists and radiologists, weekly intermittent courses of radiotherapists, carries out constant advisory work (up to 5 thousand patients a year). Employees of faculty take part in work of a certifying commission of regional management of public health services on certification of radiotherapists, US-experts, radial therapists and roentgen-laboratory assistants. With the purpose of popularization among doctors of Ukraine of the advanced achievements of radial diagnostics and radial therapy since 1993 there is begun release of " the Ukrainian radiological magazine ", one of its founders and the associate editor is доц. Kowalski А.В..

Employees the faculty took part in work of the international workshops and conferences, acted with reports at 5 All-Union and 6 Ukrainian congresses, and the congresses of roentgenologists, radiologists and oncologists and 2 Ukrainian congresses of morphologists. The faculty accepted active participation in the organization and carrying out in a Vinnitsa Republican conference of oncologists (1988), V ІІІ congress of roentgenologists and radiologists of Ukraine. (1989) and the Ukrainian scientifically-practical conference " Standardization radiological, it is computer - томографических and магнитно-resonant researches in diagnostics of diseases the organs and systems " (2006).

Professor L.Portajn (Vanderbilsky university state Tennesi, the USA) (the first series of the second on the right) with employees of faculty radiology and the Radiological department in a cabinet of an angiography Vinnitsa regional a hospital

Employees of the course radiology take part in patriotic education of students, spend appreciable work on improvement of progress of students and studying the questions of a deontology in radiology.

Scientific work has started to carry out in 1964, in 1975 has protected the master's thesis, and in 1979 has been selected by the senior lecturer of faculty roentgenology and an radiology Vinnitsa medical institute.

With 1985 up to 1993 year senior lecturer Kovalskij A.V. - managing faculty of a roentgenology and radiology VMU, and with 1993, in connection with formation of faculty of an oncology and an radiology, and till this time of radial diagnostics managing a course and radial therapy VNMU by name N.I.Pirogova.

The basic directions of work of the headed Kovalskim A.V. of faculty, course - a professional training, торакальная an radiology, bioradiology, the radiative medicine, the combined radiative lesions and an oncology.

With 1970 up to 1984 доц. Kovalskij A.V. was the executive, and with 1985 up to 1991 supervised over performance and has successfully executed 6 closed research themes ordered by the government within the limits of a problem of the USSR №10 " the Combined radiative lesions of military time ".

Experience of twenty years' research work in the field of bioradiology has allowed to solve series of the important problems on rendering a medical care by the victim with the combined radiative lesions. Results of scientific work are generalized in 63 printed robots and used in " Instructions on diagnostics, medical sorting and treatment of victims with the combined radiative lesions at stages of medical evacuation "/, 1980, 1986,1988 / which were used at rendering a medical care injured with Chernobyl accident.

In connection with continuous body height of various forms of a pathology among the population which lives on polluted by radionuclides territories (which have arisen after failure on the Chernobyl atomic power station) and considering knowledge of bioradiology and a radiopathology, the Ministry of health protection of Ukraine has invited доц. Kovalskogo A.V. for participation in development of the first in Ukraine " Programs on radiative medicine " for students of medical HIGH SCHOOLS Ò¬Óá¿¡Ù./Kiev, 1991/

Senior lecturer Kovalskij A.V. carries out organizational-advisory work in close interaction with profile units of clinical bases of faculty, takes part in the analysis of annual reports of service and in planning actions on improvement of activity of service for each current year; takes part in departures districts of area for rendering the organizational-methodical help to regional roentgenologists, introductions of new techniques of research, carrying out of sectional seminars; takes part in the organization and carrying out of 2-3 annual scientifically-practical conferences of radiotherapists of Vinnitsa area.

Senior lecturer Kovalskij A.V. - the member certifying commission of management public health services of Vinnitsa regional state administration, a member of regional advisory council on an establishment of interrelation diseases with consequences of failure on Chernobyl Atomic Station. With 1991 is more than 10 years the author of 157 printed works, including two monographies carried out duties of a member editorial board "The Ukrainian radiological magazine "; has received 6 certificates on inventions, 54 certificates on efficiency proposals, and two patents. Награжден a sign " The Honours Public Health", medals " the Inventor of the USSR ", " the Veteran of work " and certificates of honour  the Ministry public health of Ukraine.

Senior lecturer Shcherbina Valery Aleksandrovna 1923 year of birth., after the termination Vinnitsa medical institute in 1948 worked in clinics medical institute as the radiotherapist. With 1957 on 1960 acted managing faculty and on 1979 worked on a post of the assistant, then the senior lecturer of faculty roentgenology and radiology. In 1964 has protected the master's thesis, in 1971 – senior lecturer. In 1979 senior lecturer Shcherbina V.A. has organized the course roentgenology of faculty doctors improvement and was its principal till 1985. Has published 17 scientific works, has received 4 certificates on efficiency proposals.

After the termination of Smolensk medical institute in 1941, all period of Great Domestic war on 1946 worked as the surgeon of military field hospital, награжден awards and medals. After B.Z.Sukhorukov's demobilization has finished clinical internship on faculty of an oncology Kazan мединститута, in 1955 has protected the master's thesis and on 1960 worked as the oncologist in the Kazan oncologic dispensary and in the Kazan institute of improvement of doctors on a post of the senior lecturer. With 1960 on 1984 it supervised over faculty of radial diagnostics and radial therapy of Vinnitsa medical institute it. N.I.Pirogova. With 1961 on 1975 was pro-rector ВМИ on scientific work of Vinnitsa medical institute it. N.I.Pirogova.

The scientific direction of faculty – actual problems of bioradiology, a roentgenology, begun by B.Z.Sukhorukov in 70th years develops and till now.

In 1974 B.Z.Sukhorukov has protected the thesis for a doctor's degree, under its management 8 master's theses are executed. It publishs 35 scientific works, 2 certificates on inventions, and 10 certificates on efficiency proposals are received.

Senior lecturer Bidkova Lydia Maksimovna (1928-1997), after the graduation of Vinnitsa medical institute in 1952 worked as the radiotherapist in Vinnitsa regional hospital, and with 1960 it is enlisted by the assistant to faculty of a roentgenology and an radiology of Vinnitsa medical institute. In 1967 has protected the master's thesis, in 1978 to it the rank of the senior lecturer is appropriated.

With 1993 the roentgenology department of doctors improvement faculty was a part of faculty of radial diagnostics and radial therapy of Vinnitsa medical institute it. N.I.Pirogova.

He was born in 1956. In 1975 he graduated from Vinnytsia Medical School named after DK Swamp, then service in the army. In 1984 he graduated from Vinnytsia Medical Institute, Medical Faculty with a degree in medicine. In 1984-1985 he passed an internship in radiology at the Department of Radiology of Vinnytsia Medical Institute. In 1985-1988 he worked as a radiologist at the Vinnytsiaprombud trust. In 1988-1990 he studied in the clinical residency in radiology at the MI VMI Пирогова. In 1990 - 1991 he worked as a senior laboratory assistant at the Department of Radiology and since September 1991 he has been working as an assistant at the department.
Teaches the subject of radiology (practical classes and lectures) to third-year students of medical, dental and medical-psychological faculties, as well as radiation medicine to fifth-year students.
Passed specialization in radiology (KMAPE named after PL Shupyk 1988), in radiation therapy of non-neoplastic diseases (Kyiv FPK at NMU named after O., O. Bogomolets 1991), courses in radiation medicine (KMAPE named after PL Shupyk 2000, 2011). International internship under the cooperation program "Ukraine - Lithuania - Estonia - NATO" in Kaunas (Lithuania 2018). Certified for the highest category of radiologist in 1999 by the Central Attestation Commission of the Ministry of Health of Ukraine.

Balanyuk Olga Borysivna in 1981 graduated from Vinnytsia Medical Institute.
1981 -1982 - intern of the 1st city children's hospital.
1981 -1989 - district pediatrician of the 2nd children's hospital.
1989 - 1995 - radiologist, Vinnytsia.
Since August 1995 she has been working as an assistant at the Department of Radiation Diagnostics, Radiation Therapy and Oncology of VNMU named after MI Пирогова. She has the highest qualification category in the specialty - radiology. In the course of radiology she performs the duties of a trade unionist and is responsible for medical work. 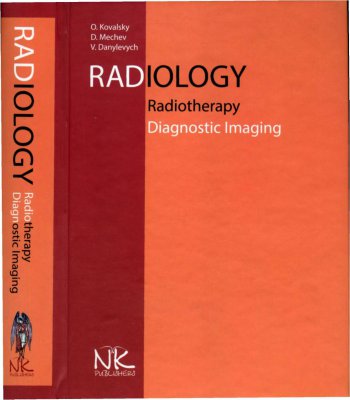 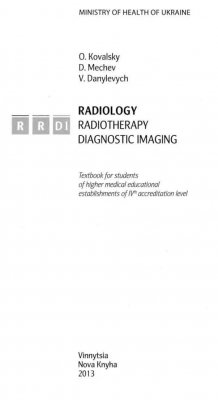 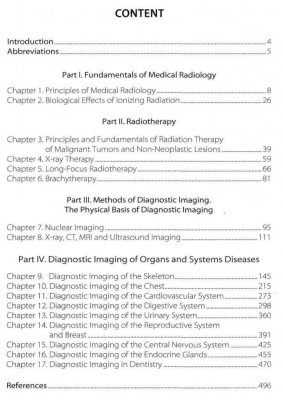