Department of Ophthalmology in Vinnitsa National Medical University was founded in 1934. Beginning of the department is connected with the name of professor A.G. Vasyutinskii, who came to Kyiv to read lectures to students. From 1937 to 1941 the department was headed by Associate I.D. Danilevskiy. The clinic was located in the Pirogov Regional Hospital and had 36 beds. After liberation of Vinnytsia from Nazi occupation department was established by docent L.H. Henes. At that time there were only 16 beds. 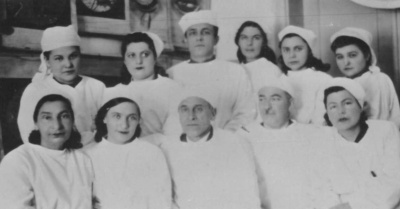 Professor Litinskiy with the staff.

In 1946 department was headed by Professor G.A. Litinskiy - known scientist and clinician. 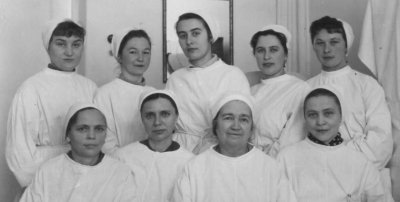 Professor V.O. Paniova with the staff

From 1953 to 1969 the Department of Ophthalmology was headed by Professor V.O. Paniova. In 1958 she defended her doctoral thesis on "Estimation methods of processing penetrating wounds of the cornea and corneal-scleral wounds in the clinical and morphological coverage." In 1963 she founded Regional Scientific Society of Ophthalmologists. The clinic at this time was expanded to 60 beds. 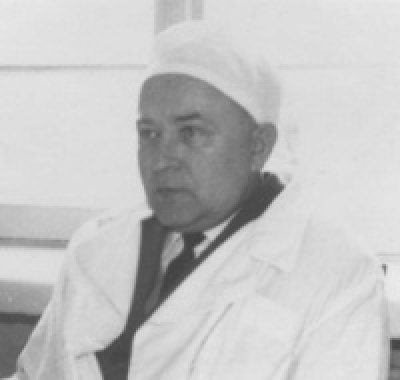 From 1970 to 1987 Prof. L. Ustimenko headed the department. In 1976, at the Clinic of Ophthalmology he organized regional trauma center. Since 1980, the clinic operations conducted on microsurgical level. Professor Y.R.Saldan is the head of the department since September 1988 until 2015. 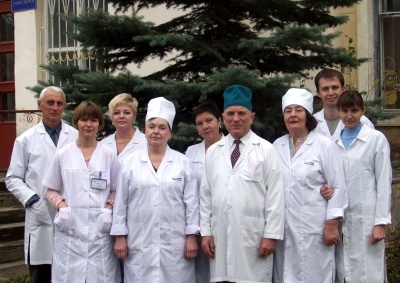 Invitation for the meeting of the student scientific club 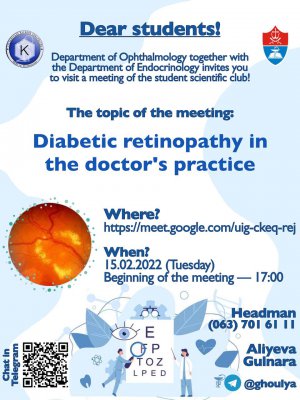 Invitation for the meeting of the student scientific club

Rework of the final test

Students may rework final test in the Ophthalmology Department (Vinnitsa Regional Clinical Hospital Named After N.I.Pirogov, b. 15) according to the schedule:

Invite for the meeting of the student scientific club! 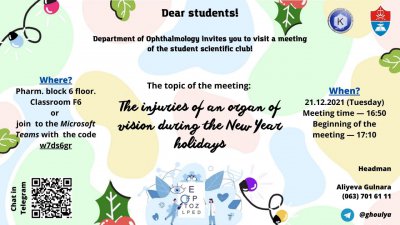 Invite for the meeting of the student scientific club! 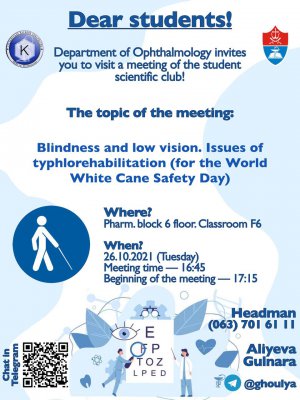